Jute-The golden fibre of the globe 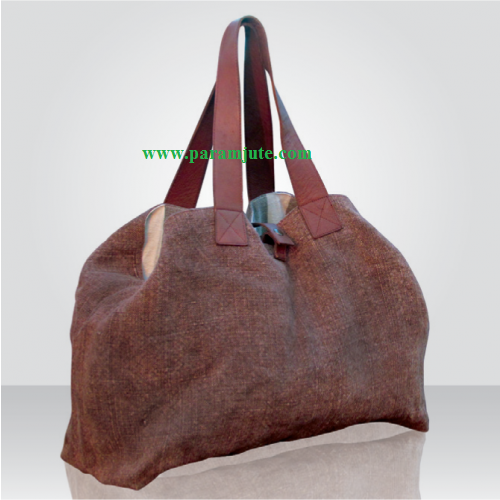 Originating from Asian countries, Jute is also known as 'Golden Fiber' due to its golden brown color and significant importance. In terms of production, usage and global consumption, Jute ranks just after cotton. It is the basic fiber that is being used to make garden twine and hessian sacks. As Jute is an environmentally friendly item - as well as more affordable; Jute plants are easy to harvest. Unlike cotton, Jute having a high yield per acre and needs a low quantity of pesticides and fertilizers. Like flax and hemp, Jute is a bast fiber, and the processing of the stem is similar.

Jute - an annual crop that grows mainly 60% in India, basically in the fertile Ganges Delta of West Bengal. As per the database of 2016-2017; West Bengal was the highest Jute producing state in India. That's why we can provide quality level Jute for customer needs. Jute is classified in the lime tree category family (Tiliaceae) by Kew Royal Botanic Gardens.

Jute has been an essential part of the regional culture and trade of East Bengal (undivided Bangladesh) and some parts of West Bengal for many years. British rulers had started trading Jutes during the 17th century. During the dynasty of the British Empire, Jute had extensive use in the military. British East India Company and Dundee Jute Barons had set up many jute mills in West Bengal - lining up from Hooghly to South 24 Parganas. By 1895 jute industries in Bengal overtook the Scottish Jute trade.  By processing and selling manufactured products made from Indian Jutes - British Jute barons had made a lot of wealth. That's why Jute is also called "Golden Fiber".

Jute fibers are interminable (1 to 4 meters), lustrous, silky and golden brown in color. Jute plants need plain alluvial soil and standing water. Monsoon climate offers the best condition for growing Jute (warm and wet). During the monsoon - temperatures range from 20 to 40 °C and humidity ranges of 70%–80% - which are favorable for successful Jute cultivation. Mainly Jute requires 5–8 cm of weekly rainfall (more during the sowing). Soft water is fundamental for Jute production. You will not be able to grow Jute in European back gardens as Jute needs tropical rainfall, warm weather and high humidity.

When low cost is more important than durability, Jutes are the best choice. For example - coffee sacks and cotton bale cover. You are most probably familiar with Jute as used as twine to tie garden plants, also as a hessian fabric (or burlap in the US or Canada). Jute is used in sacks, bags, rugs and carpets, chair coverings and environmentally friendly coffins too! Jute stands as partly a textile fiber cum partly wood. Jute fiber has reliability, strength, durability and versatility - and most economical. Jutes have a low carbon footprint, feeds the soil and all parts of the plant can be used.

Jute also stands useful as geotextile that is laid over the soil to stabilise it against landslides - and also control erosion. As the plants get established, the Jute fabric starts to become biodegradable. Experimental use of Jute fibre in commercial paper production has proved quite successful.